Why Are Turbine Temperature Testers Critical In Aviation?

What do they do?

The three primary functions of a Barfield turbine temperature test set are:

Additionally, the Barfield Turbine Temperature Test Sets also have the ability to:

Why do aircraft operators need these tools?

Their main purpose is to be able to Test, Troubleshoot and Certify the accuracy of the aircraft’s Turbine Temperature Indicating System.

This is accomplished by using the aircraft’s maintenance manual (AMM) to determine the specific tests required with their allowable tolerances and the Barfield supplied instruction manual which details the test set configuration and hook-up information for the test procedures.

How does the tool interact with the engine and the instruments of the aircraft?

The equipment is then used to test and troubleshoot in order to find and repair or replace any components not meeting the required specifications for either resistance or insulation. The indicator is then tested apart from the aircraft wiring and thermocouple sensors using the tester’s thermocouple simulator to perform an indicator run-out to confirm accuracy and linearity.

What aircraft uses these tools?

The Barfield Turbine Temperature Test Sets may be used on any and all types of aircraft that have some form of a turbine engine(s) whether turbofan, turboprop, or turboshaft, and which use chromel-alumel (K type) thermocouples to sense the engine temperature.

Why are they important for aviation owners?

They are important to ensure that their aircraft engine temperature indicating systems are reading accurately.

Various issues with the aircraft indicating system will cause the cockpit indication to read lower than it should and so there is an increased risk of over-temping the engine if the system is not certified.

Thus, technicians rely on their test equipment to return aircraft back to service. 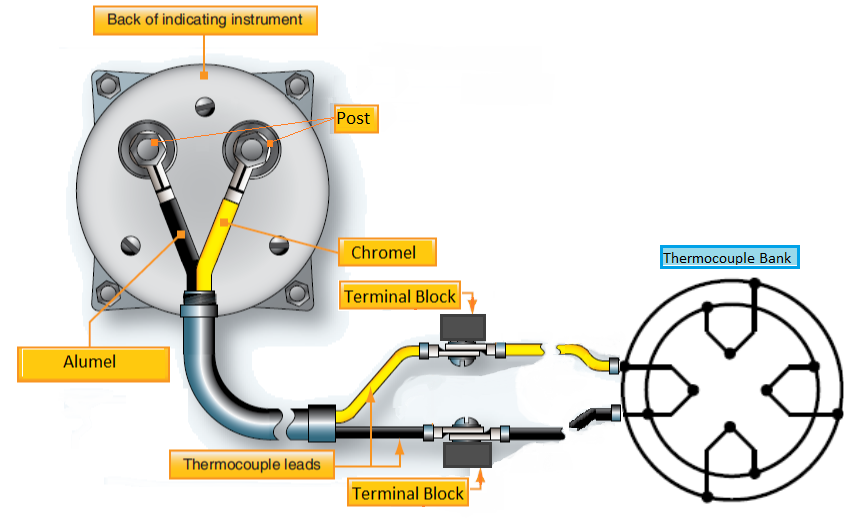 What are their differences?

Use the TT1200A if the aircraft engine temperature indicating system requires greater than 1000°C or has indications in °F or if the temperatures are presented with 0.1-degree resolution.

Also,  use the TT1200A  if the system or any individual components have resistance values specified to resolutions of 0.001Ω or have any insulation test requirements of greater than 2MΩ specified.

Otherwise, the TT1000A could meet the turbine temperature requirements.

Where to find the manuals?

To learn more about the proper usage and interfacing of the test sets, please refer to the appropriate Instruction Manuals, available on our website barfieldinc.com. 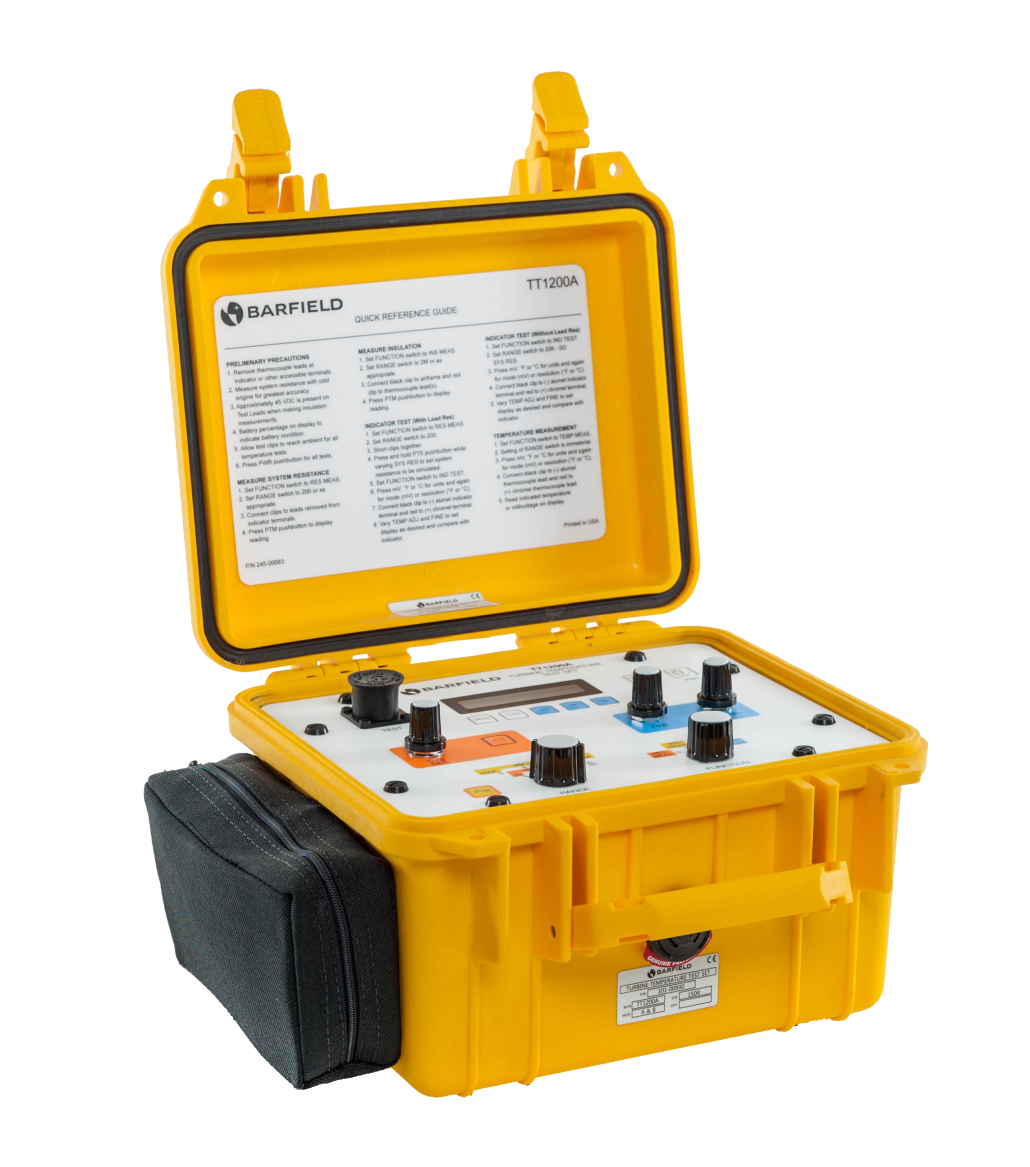 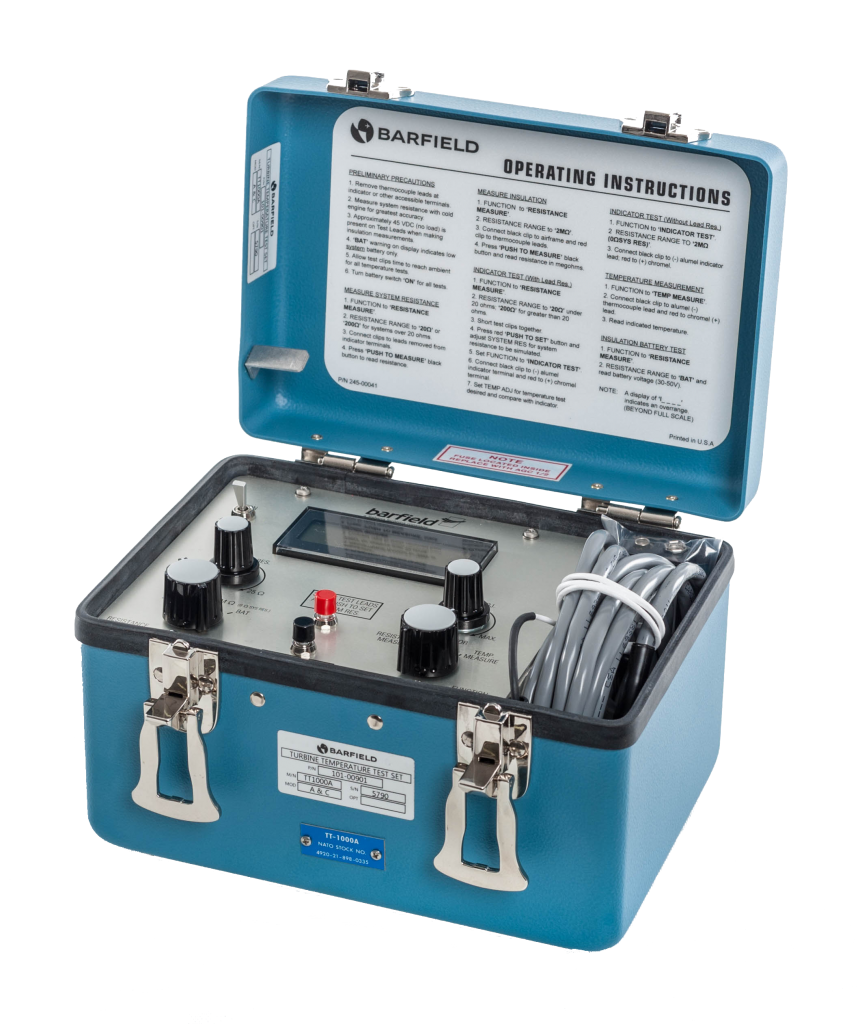 Do you want to learn more about it?